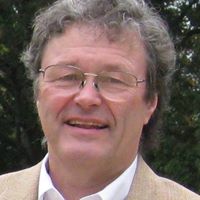 We recently surveyed you and asked you all about the Kappa Sigma experience. Leigh Coen ’73 said that he was a Kappa Sigma legacy at Denison, and his son also joined the fraternity when he went to Bucknell. “I encouraged him to join because the most important learning I did outside the classroom at Denison was in the Kappa Sigma lodge,” he said.

Leigh added that he plans to reunite with his little brother Pete Porteus. “He has lived half a mile from me for decades, but we haven’t gotten together that much. We met at a community meeting and decided it was time. We’re going to help each other cope with the transition into retirement,” he said.

Are you a legacy Kappa Sigma? Do you plan to reunite with any of your brothers in the near future? Share your response with us by clicking here to submit an update.